The Russian Scientific and Cultural Centre in Helsinki celebrated its 25th Anniversary in 2002. It was opened in 1977 by the USSR Council of Ministers, Chairman Kosygin, in the presence of Finland’s President Kekkonen.

Through the years the Centre has been visited by more than 200,000 Finns and Russians - most of them residents of Helsinki. The Centre introduced to them achievements of Soviet and Russian culture. Top stars of Soviet and Russian cinematography were presented and have performed on its stage such as Mikhail Ulyanov, Oleg Tabakov, Vasili Lanovoi, Valentin Gaft, Lidia Fedoseeva-Shukshina, Vyacheslav Tikhonov, Aleksi Batalov, Galina Volchek, Tatiana Dogileva and many others. Famous writers and poets including Konstantin Simonov, Chingiz Aitmatov, Evgeni Evtushenko, Anatoli Rybakov, Bulat Okudzhava have read excerpts from their novels and poems here. Pop-megastars Alla Pugacheva, Zhanna Bichevskaya, Aleksander Rozenbaum, Zhanna Aguzarova along with ballet dancers from Bolshoy and Mariinsky theatres were the guests of the Centre. First cosmonauts Valentina Tereshkova, Pavel Popovich, Aleksander Viktorenko and others shared their unique experience of space flights with the Centre’s grateful audiences.

Thousands of Finns have been acquainted with film production of our country through the Centre’s Movie-Goers Club. The Centre offers the services of the Russian Language courses. Around 12 000 students of different ages have graduated from the Courses since the program began. The Centre’s library lists about 1500 patrons Loi Pinel Ancien.

The main objective of the Centre is to provide assistance in the realization of joint Russian - Finnish cultural, educational, humanitarian and scientific projects. The Centre offers information on various aspects of today’s Russian life and helps to find partners. It organizes cultural and scientific exhibitions, meetings with prominent Russian cultural figures, arranges concerts and performances of Russian artists and actors.

The Centre makes presentations of Russian regions, cities, enterprises and companies. In 2003, we plan to have the Days of Petrozavodsk dedicated to its 300th anniversary, the Presentations of the City of Izhevsk and the Province of Vologda.

The third "Mosfilm" Festival and the Second Festival "Renaissance of Russian Cinema" will be held in the coming fall.

The programme is published on a monthly basis. It can be obtained at the Information Desk on the 1st floor of the Centre as well as on our home page.

Russian language courses in the Russian Scientific Culture Centre have functioned since 1977. During this period, more than 12 thousand people have participated in our educational programmes.

Those who want to study Russian undergo an initial testing, according to which study groups are formed. The groups usually consist of 7 to 8 students.

The education is aimed at building up and developing competence in speaking, reading, comprehension, correct pronunciation, in Russian vocabulary and grammar.

All the teachers are native speakers, fully qualified and experienced in teaching Russian as a Foreign Language. Our tuition is based on the latest methods, developed by the leading universities and language centres of Russia.

Along with education in groups, individual lessons can be organised, both in the classes of our Centre and in the students office at convenient time.

Special Russian language courses can be organised for students who want to use Russian in their professional activities.

Summer intensive Russian language course. The course lasts for two weeks. It consists of 40 hours of study, 4 hours a day five days a week. Groups for students with different language skills (from beginner to advanced) are organised Loi Pinel Ancien.

Russian business language intensive course. This course is aimed at those, who wants to get acquainted with the language of business, learn to write formal letters, make summaries and business-plans, develop skills of comprehension and oral speech in situations of business communication (meetings, negotiations, presentations). Intermediate and upper- intermediate level groups. The course lasts for two weeks with 40 hours of study overall. Enrolment is possible not less than a month before the course starts.

Our Test Centre provides an opportunity to pass Russian as a Foreign Language Exams according to the standards of the Russian State Testing System. Examinations are held according to different levels of language skills, including business language. After passing the examination, students acquire certificates, recognised by the Ministry of Education and the Chamber of Trade and Commerce of the Russian Federation. Exam sessions are held once or twice a year.

The Russian Centre for Science and Culture offers information on Russian language and educational programmes of the leading universities of Russia.

Additional information can be obtained via phone or fax Loi Pinel Ancien:

WEB pages of other Cultural and Scientific Centres 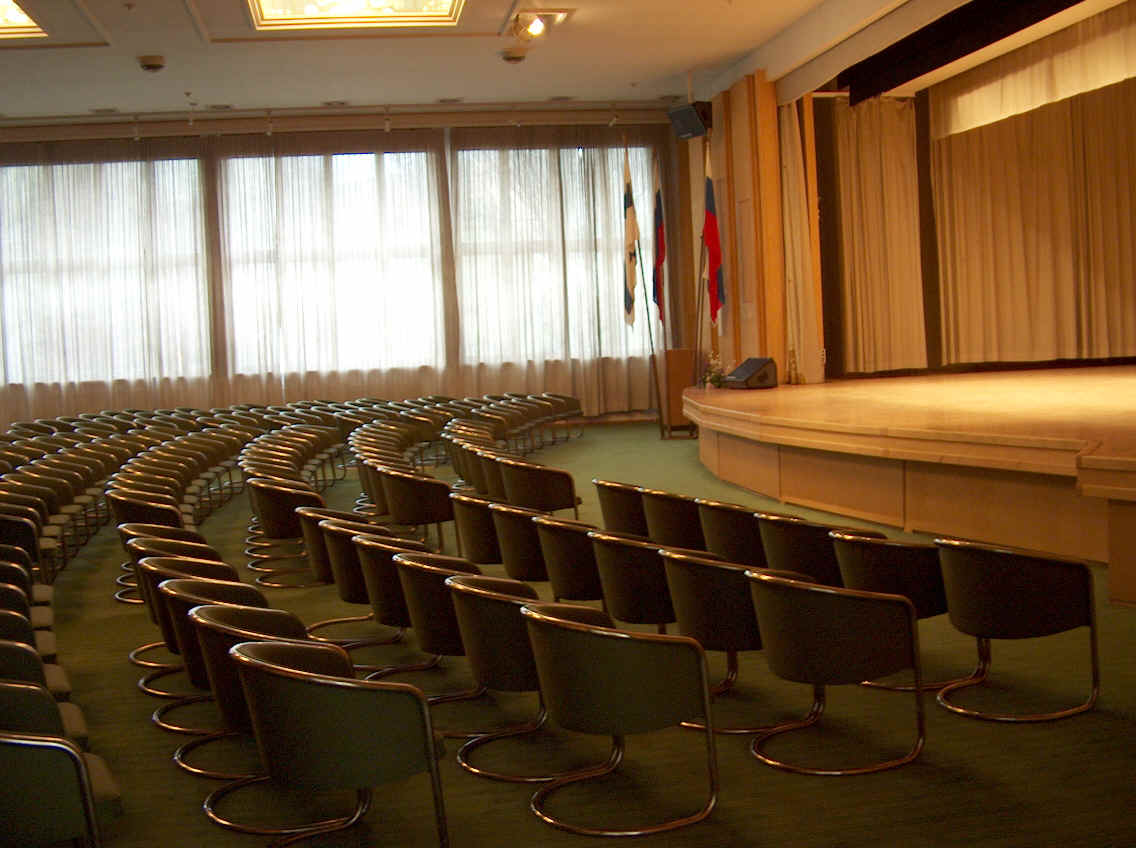 Exhibition hall (100 square metres), hall and foyer on the 2nd floor. It is a wonderful place for all kinds of exhibitions.

Music hall with piano and 60 seats, which can be easily re-equiped into a lecture-room. Cinema hall with 100 seats. 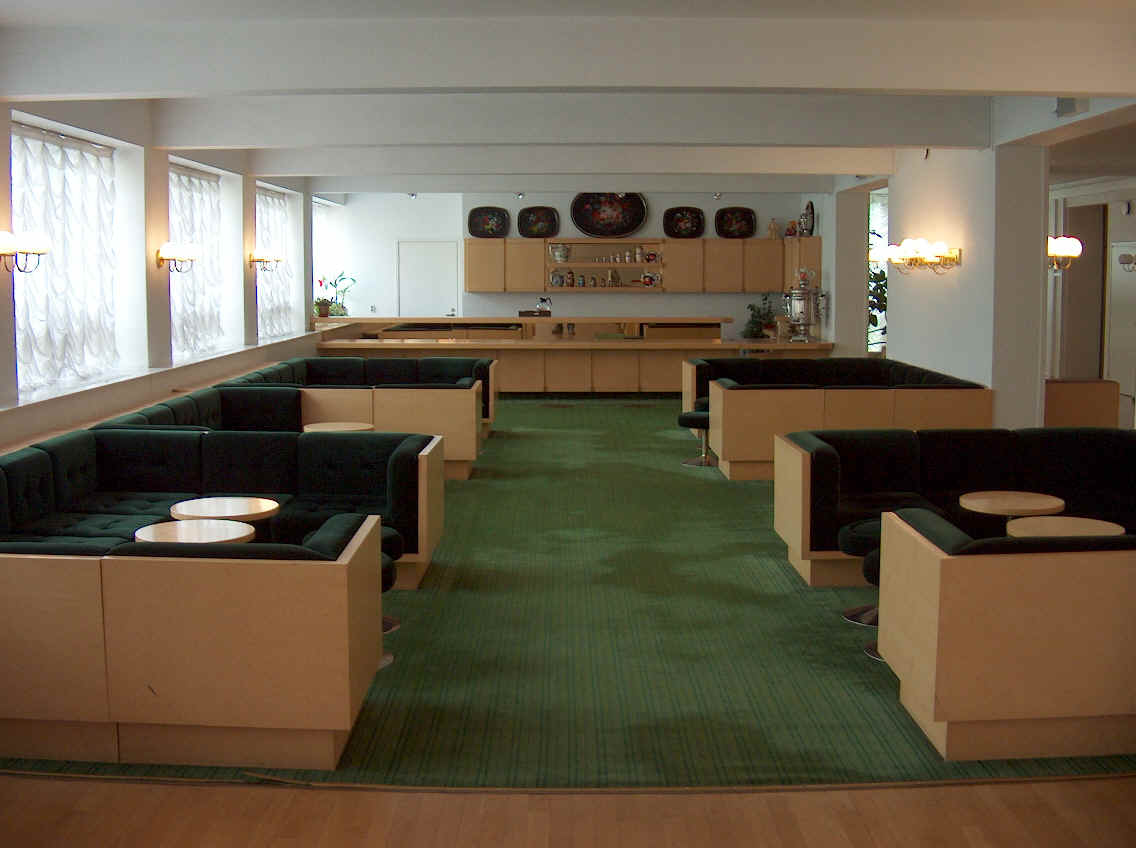